Benefits of a Medicare Supplement Plan

When you turn 65 or are ready to retire you may think that Medicare cover all of your medical costs for the rest of your life. Medicare does cover MOST of your medical costs but not all. Medicare has a rather large hospital deductible and pays only 80% of your Doctor and outpatient costs. This is way you should get a quote on a Medicare supplement plan. A Medicare supplement plan can pay these costs and leave you with very little out of pocket expense.

There are NO networks with Medicare Supplement Plans

People will love the fact that Medicare supplement plans have NO network of doctors or hospitals. You can choose to see any doctor or go to any hospital that accepts Medicare - ANYWHERE in the USA. 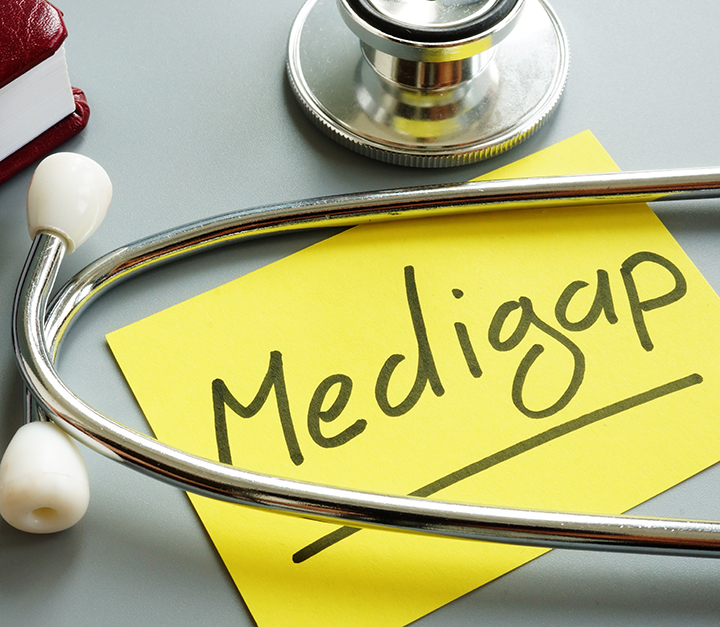 A Medicare supplement plan will likely cost much less than you may think. Most people that enter Medicare and have been paying for their own private insurance will see a significant reduction in premium.

Covers Most of What Medicare Does Not Cover

During you initial Open Enrollment Period you can choose any Medicare supplement plan you like and cannot be turned down. Once you have been in Medicare for more than 6 mounts you can change plans but would have to go through medical underwriting.

Having a Medicare supplement plan keeps thing simple and gives piece of mind when it comes to medical expenses. We would be happy to help you understand your choices and are always here to answer any questions.

What is Medicare Advantage?

Medicare Advantage plans were created as an alternative to Original Medicare and Medigap. By joining one of these plans, you direct Medicare to pay the Advantage plans a set monthly amount for your care. In return, the plan will deliver all of your Part A & Part B services. They take on all of your medical risk.

You must continue to pay your Medicare Part B premium while enrolled in an Advantage plan. Yuo must be enrolled in both Medicare Part A and B and live in the plan's service area.
Medicare Advantage policies are NOT Medigap plans. They work differently because they pay instead od Medicare, not after Medicare. 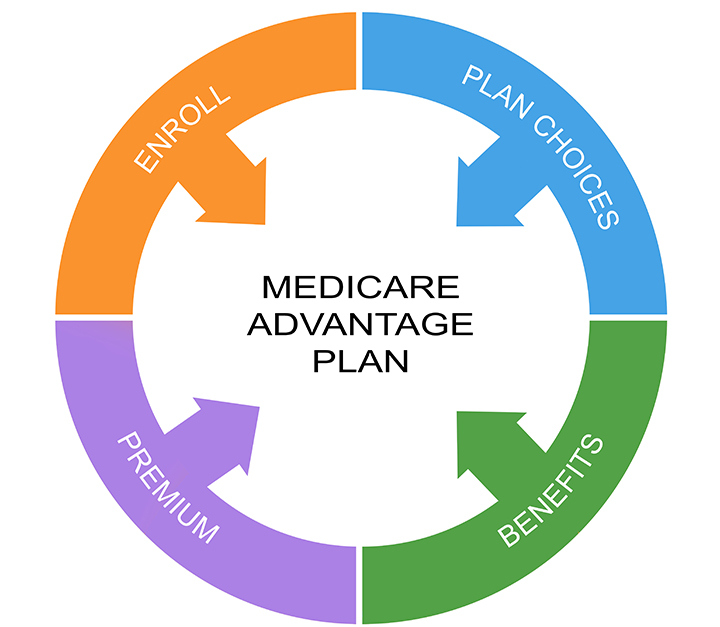 Many people new to Medicare will ask us for pros and cons of Medicare Advantage plans vs Original Medicare. Much of this is in the way you access your benefits.

With Original Medicare, you will have deductibles and 20% coinsurance on Part B. You can visit any dictor or hospital that participates in Medicare, and most do.

With an Advantage plans, you will use the plan's network of providers, which is usually local. Yuo will pay co-payments when you receive healthcare services. Each plan sets its own cost-sharing. For example. you might pay a small copay for a primary care doctor visit, and perhaps a higher copay to see a specialist. Likewise, some plans will charge you a daily hospital copay, and other plans might charge a flat amount for the whole stay.

Perhaps one of the biggest differences is in changes to the plans. Medicare may have small changes ti the Part A and B deductible, but the 20% coverage on outpatient services never changes. Part C Medicare Advantage plans change annually.

Medicare itself states: Limitations, copayments and restrictions may apply, and plan's benefits, formulary, pharmacy network provider network, premium and copayments may change on January 1 of each year. Members heed to be diligent about reviewing the plan materials sent to them each year in September to see what's changing.

Medicare Part D, the prescription drug benefit, is the part of Medicare that covers most outpatient prescription drugs. Part D is offered through private companies either as a stand-alone plan, for those enrolled in Original Medicare, or as a set of benefits included with your Medicare Advantage Plan.

Unless you have creditable drug coverage and will have a Special Enrollment Period, you should enroll in Part D when you first get Medicare. If you delay enrollment, you may face gaps in coverage and enrollment penalties.

Each Part D plan has a list of covered drugs, called its formulary. If your drug is not on the formulary, you may have to request an exception, pay out of pocket, or file an appeal. 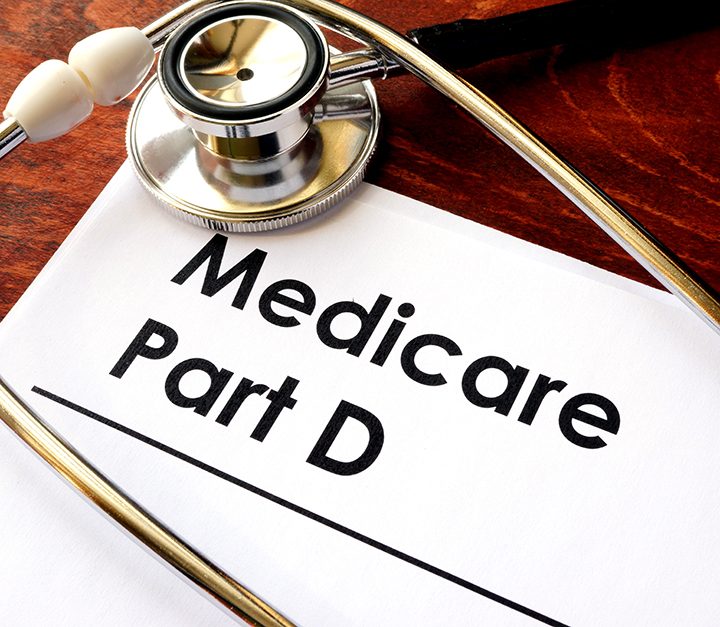 A drug category is a group of drugs that treat the same symptoms or have similar effects on the body. All Part D plans must include at least two drugs from most categories and must cover all drugs available in the following categories:

Part D plans must also cover most vaccines, except for vaccines covered by Part B.
Some drugs are explicitly excluded from Medicare coverage by law, including drugs used to treat weight loss or gain, and over-the-counter drugs.